The Papanikas family first opened the doors at this location in 1994 under the name Papas Grille, a fine dining Greek and Mediterranean restaurant, after acquiring the space from George Bakatsias, a local restaurateur who has not been affiliated in any way since he closed his doors in 1993. With “Papa” and Sam in the kitchen and Angelika, Chris & Yianni running the front of the house, Papas Grille turned into one of the finest and well-respected restaurants in the Durham food scene. After eighteen successful years as Papas Grille, it was time for a makeover and with that came a new brand as well. The reconstruction took place in 2012 in which the changes brought a more casual setting and modern feel. With “Papa” retiring during the changeover, Sam took over the realms in the kitchen fine-tuning his craft which is highly focused on quality ingredients and consistent execution. The front of the house continues to be overseen by Angelika who continues to exude her old-world charm as well as Yianni who is the ever so talented Sommelier. 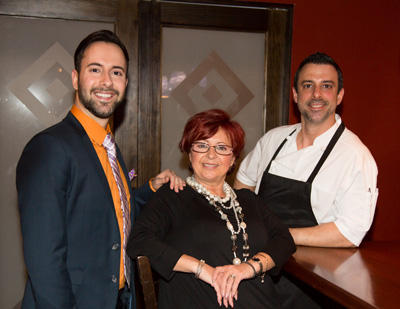